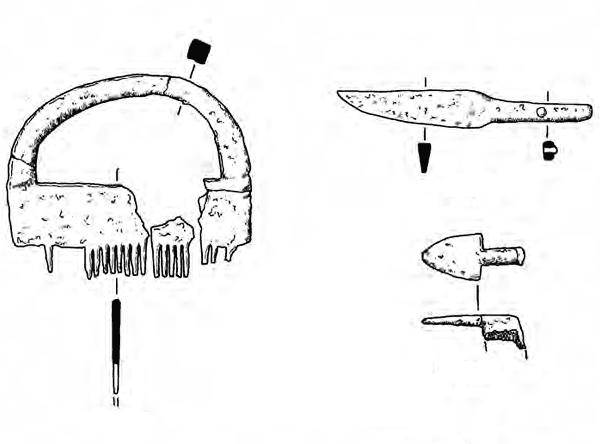 Monks, priests and farmers: a community research excavation at Baliscate, Isle of Mull

Summary: A community research excavation centred on Baliscate on the Isle of Mull (NGR: NM 49677 54068) took place in autumn 2012. The excavation has revealed the existence of a thriving 6th-century agricultural settlement which was either adopted or replaced by a 7th-century Christian community which appears to have been a monastic establishment. The continued ecclesiastical nature of the settlement into the 9th and 10th centuries is attested by the presence of a later enclosure/vallum and a rectangular structure interpreted as a leacht. In the late 11th or early 12th century, a stone and turf bow-ended structure was built which probably functioned as a longhouse or hall. This structure was later used in the 12th century to house a large corn-drying kiln. Although no 11th- or 12th-century structures were identified adjacent to the leacht, occupation deposits were identified. Then, in the late 13th or early 14th century, a wattle and turf structure was built over these deposits and the remains of a seventh- to eighth-century cemetery. This structure burnt down and was rapidly replaced by a new stone and turf structure enclosed by a rectangular stone and turf enclosure. This is tentatively interpreted as an enclosed chapel, but the evidence is contradictory and it may have simply been an enclosed farmstead. Occupation around the site continued in one form or another until the 16th century and thereafter the site was used intermittently. The excavation has highlighted how little we know about the so-called enclosed chapel sites of Argyll and the absence of evidence for the early Christian church.