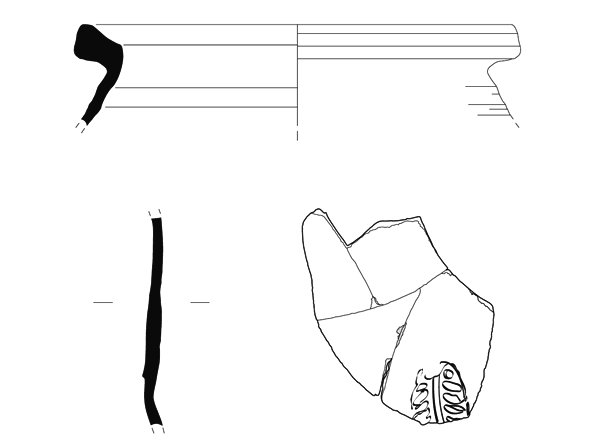 Summary: Replacement and upgrading of the mains water system in North Berwick provided an opportunity to identify and record deposits and structures across the core of the medieval burgh. The methods of trench excavation used meant that archaeological features were largely only seen in section, however, a large amount of information about the development of the burgh, and its layout, was collected despite this. Over much of the central core of the medieval burgh, layer upon layer of occupation deposits and more mixed material were interspersed with obvious inundations of wind-blown sand. The existence of a rough surface running east-west along much of the High Street could suggest that this is the more likely candidate for the earliest focus for the burgh, rather than the north/south running Quality Street further to the east. Road surfaces were also seen along East Road, running out of the town. The density of occupation deposits markedly lessened along Westgate, the continuation of the High Street, indicating the limits of the medieval core. A number of structures were also identified, including a wall at the east of the town that may represent the town wall, or at least define the limit of settlement to the east. The data collected from the watching brief will allow better assessments for future planning decisions, and also shows the importance of archaeological monitoring of this type of construction work.