This section first sets out the lithic scatters in the context of other scatters in the region. It then summarises the project's findings and draws attention to the questions raised and the patterns identified in the prehistoric landscape as a result. The topographic and geophysical surveys of the upland monuments have raised certain interpretations and questions that could be tested through future investigation, in addition to creating a digital record of the remains and their topographic settings. The survey also recorded several active and possible management issues. The evidence from Carmichael suggests that the same place was a focus for activity over several millennia, in the late Mesolithic, late Neolithic and early Bronze Age. The later phases of activity here would have been contemporary with the construction and use of the ceremonial monuments on the uplands, particularly those at Blackshouse Burn and Cloburn Quarry. 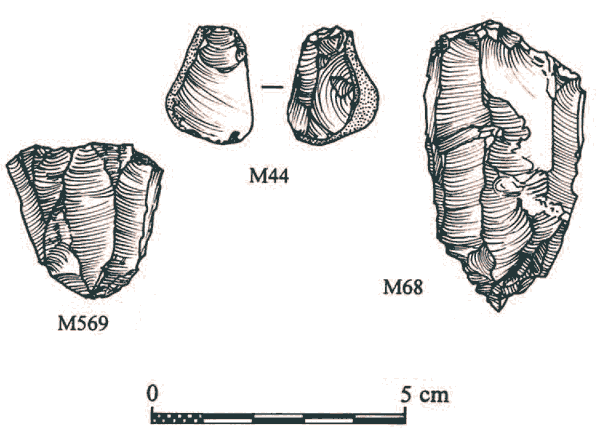