Lithostratigraphical and biostratigraphical investigation of marshes adjacent to coastal dune sequences in the Scottish Outer Hebrides show inland-tapering sand units enclosed within organic sediments. The sand sheets are considered to have been deposited by past windstorm activity, while radiometric dating appears to indicate deposition during the last 2000 years except for the well-known period of Medieval warmth that is here considered to have occurred between c AD600 and 1400. It is argued that the episodes of sand-blow indicated by the deposits may reflect periods of increased cyclogenesis in the North Atlantic associated with increased sea-ice cover, an increase in the thermal gradient associated with the polar atmospheric and oceanic fronts as well as colder air temperatures. It is also noted that the diminished North Atlantic winter storminess during Medieval times was broadly coincident with the expansion of Viking culture. 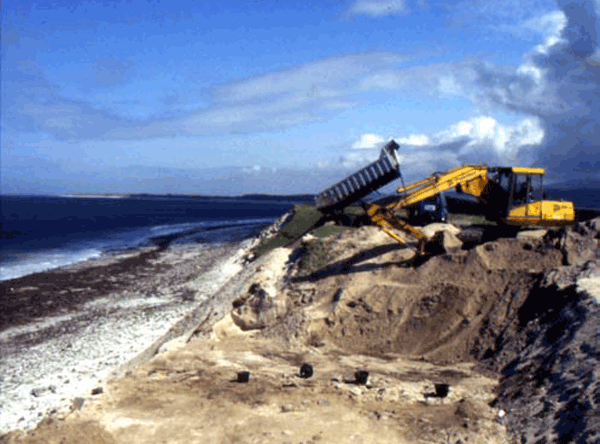