Excavations in the grounds of St Patrick's Church, Edinburgh (NGR: NT 26123 73610) were undertaken by Headland Archaeology from November 2006 to February 2007 on behalf of the Archdiocese of St Andrews and Edinburgh in advance of the construction of a hotel on the site. Soil analyses suggested that flash floods had swept through this part of Cowgate up until the early development of the medieval town upslope in the 11th–12th centuries. This early pattern was followed by the gradual build-up of material washed downslope from the High Street; this contained midden material and dung beetles, illustrating the nearby presence of the town. The site lay outwith the bounds of the burgh until the 14th century, when a substantial ditch was cut across the site, believed to be the medieval town boundary. The ditch was backfilled in the 15th century and finds and samples have revealed a vivid picture of life in the medieval town. The ditch was a stinking rubbish dump for many kinds of human and animal detritus, which illustrates that the Cowgate was a busy thoroughfare to the town's markets and contained a variety of industries, including horn working. After the ditch was filled in deep midden deposits, characteristic of this area of Edinburgh, built up on the site. 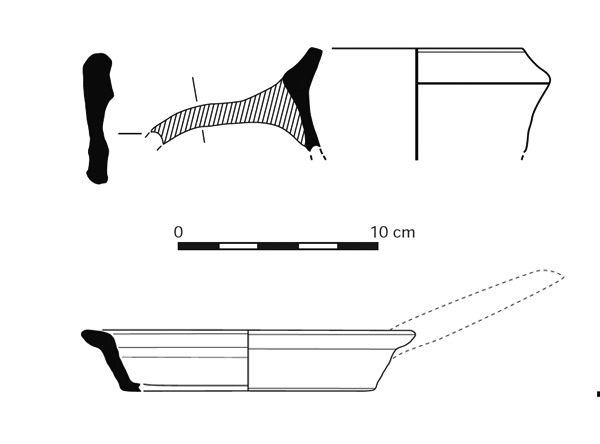