Mesolithic and later sites around the Inner Sound, Scotland

Scotland's First Settlers comprised a survey project to locate and examine sites relating to the earliest, Mesolithic, settlement of the Inner Sound, along the coastlands between Skye and the west coast of Scotland. Particular foci of interest included the existence and nature of midden sites, the use of rockshelters and caves, and the different types of lithic raw material in use. In addition, information relating to the human use of the area up to the present day was recorded. Fieldwork took place over five years between 1999 and 2004: the entire coastline of the Inner Sound together with its islands was walked; 129 new archaeological sites were recorded; 36 sites were shovel pitted; 44 test pitted; and one major excavation took place. Excavation at Sand has been particularly exciting as it has resulted in the analysis of a shell midden dating to the early-mid-7th millennium BC, the early Mesolithic of Scotland. This report comprises the results of survey and excavation work as well as detailed artefact reports, full information on ecofacts such as shell, and bone, and information on the development of the landscape and environment, including sea level change. Finally, the broad-scale coverage of the project has led to a number of discussion points that have much to offer further work, both within the area and further afield. 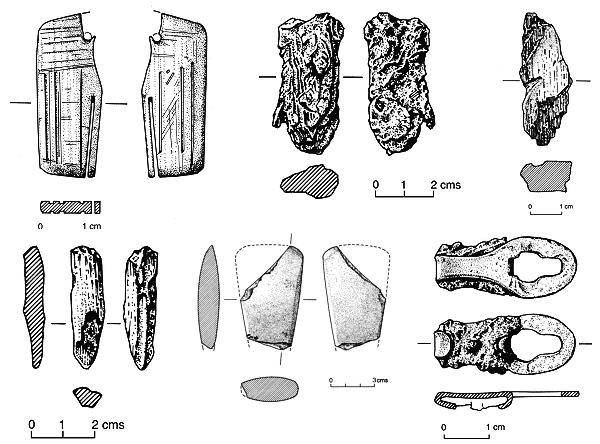