Excavations outside the Roman fort on the Antonine Wall at Croy Hill, 1975–8

Large-scale rescue excavation beyond the guardianship area around the Roman fort on the Antonine Wall at Croy Hill (NGR: NS 7335 7652) was undertaken over four summers (1975–8), funded by a predecessor to Historic Environment Scotland. The aims of the excavation were to identify any potential civil settlement associated with the fort and to confirm the character and date of a pre-fort enclosure identified by Sir George Macdonald in the 1930s.

The latter proved to be a camp associated with the building of the Antonine Wall, not an earlier Flavian fort as previously postulated. A civil settlement was shown to lie within the guardianship area on a plateau immediately to the west of the fort, though only one timber structure extended into the excavated area. However, a curvilinear trackway wound its way down the hill from the settlement towards a southern road that bypassed the fort. The trackway was defined by substantial ditches that contained a large quantity and wide variety of artefactual material washed down from the settlement, predominantly after its abandonment. The bypass road, which showed signs of at least two phases of construction, was traced for a distance of some 275m. The area on either side of it to the east of the fort was divided up by a system of fence lines and ditches into fields or compounds, one of which contained a pottery kiln, another a cremation burial.

Field observation during the excavation led to the suggestion that a fortlet lay some 80m west of the fort. This was confirmed by limited excavation within the guardianship area. The construction of the fortlet was shown to have been contemporary with the Antonine Wall. 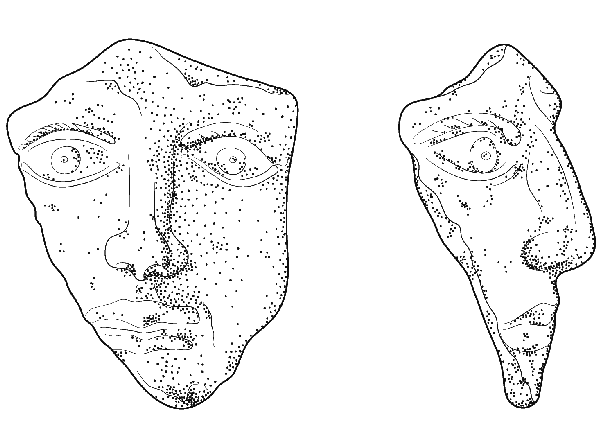