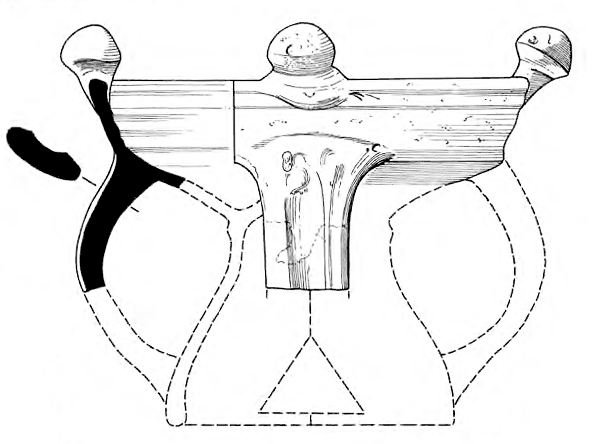 Where there's muck there's money: the excavation of medieval and post-medieval middens and associated tenement at Advocate's Close, Edinburgh

Summary: In 2012 excavation works undertaken along the western frontage of Advocate's Close, Edinburgh (NGR: NT 25700 73671) revealed the remains of a 16th-century tenement, owned in turn by the Cants, Hamiltons and Raes, all burgesses or merchants of the city. The tenement remains consisted of wall foundations, cellar floor surfaces and other substantial architectural features including a turnpike stair and corbelled roof. The tenement was demolished and back-filled with rubble during the late 19th century, after which it was replaced by a formal, terraced garden. The excavations within this area revealed a series of associated midden deposits, pits and structural features located to the immediate rear of the tenement. These deposits have provided a stratified sequence of occupation ranging from the initial settlement of Edinburgh's Old Town in the 12th/13th century to the clearing and landscaping of the tenement area in the late 19th century. A large artefactual assemblage was recovered from the midden deposits, including important animal and fish bone, glass, clay pipe, tile and ceramic evidence. The ceramic assemblage included substantial amounts of imported material from England and the Continent. The consumption patterns revealed by the artefactual and ecofactual evidence appear to directly reflect the changing fortunes of post-medieval Edinburgh. The high status of many of the Close's inhabitants is illustrated throughout the expansion of the 16th and 17th centuries, as is the decline undergone during the later 17th and early 18th centuries. The stratified midden deposits at Advocate's Close reveal the changing attitudes of the Old Town inhabitants towards the issue of midden management and general waste disposal, which in turn reflects the development and growth taking place in Edinburgh during the late 16th to 19th centuries.