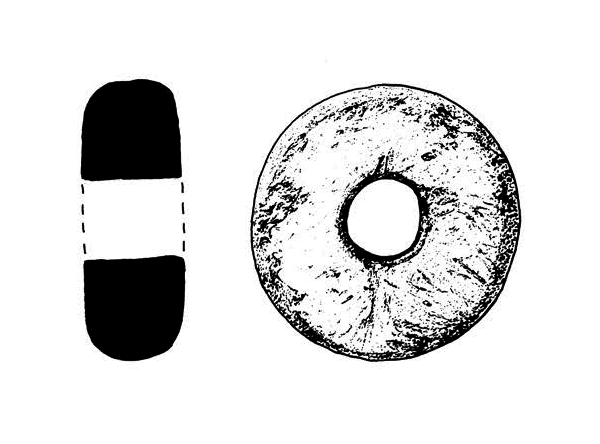 Summary: Excavations at Laigh Newton North-West Ayrshire (NGR: NS 5937 3684) in advance of quarrying revealed a rare late medieval farmstead consisting of a palisaded enclosure, four sunken stone- and turf-built buildings, one of which maybe a charcoal kiln, two possible timber-built structures and drainage ditches. The pottery and radiocarbon dates indicate that the site was occupied in the 14th–15th centuries. It is thought that this site belonged to the farm of Newton, which was first documented in the late 14th century within the parish of Galston. At that time the parish of Galston belonged to the Lockhart family. The site probably went out of use in the 16th or 17th century as a result of a change of ownership and the increased commercialisation of farming practice. As a result the structures were demolished or allowed to decay, the ditches were filled in and the land turned over to arable.