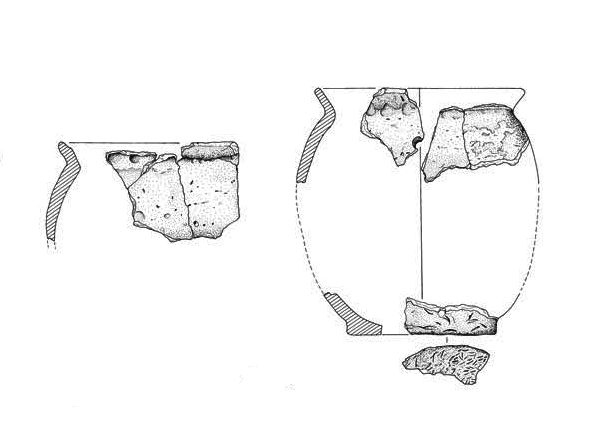 Excavation of post-built roundhouses and a circular ditched enclosure at Kiltaraglen, Portree, Isle of Skye 2006–07

Summary: This report details the archaeological remains recorded by CFA Archaeology Ltd during a programme of fieldwork at Kiltaraglen, now a residential housing development on a prominent, elevated site at the northern edge of Portree on the Isle of Skye (NGR: NG 476 444). The fieldwork ran from September 2006 until March 2007. The project resulted in the discovery and excavation of varied archaeological remains including timber roundhouses, a circular ditch-defined enclosure, post-alignments and settings, miniature souterrains, probable standing stone sockets and an assortment of pits. An assemblage of Beaker pottery was recovered from two pits but the site was generally artefact-poor and reliance was placed on radiocarbon dating that indicates occupation of the site began in the Early Bronze Age and ended in the medieval period, with most activity occurring during the Later Bronze Age. This is of great interest as archaeological remains dating to the Later Bronze Age on the Isle of Skye have previously been notable only by their absence.