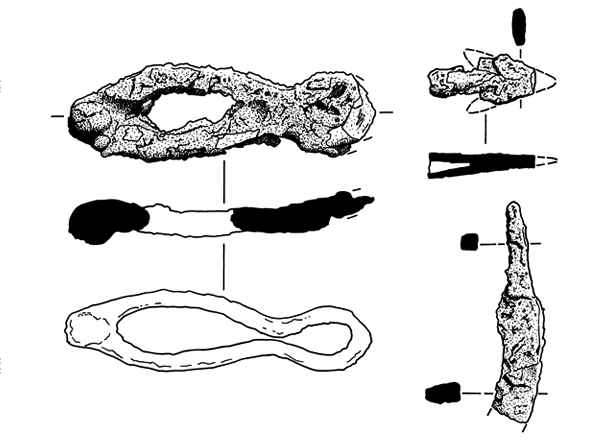 Summary: An archaeological excavation at Hallhill, Dunbar (NGR NT 674 775), has revealed the remains of a rural medieval settlement. Few such sites have been identified in Scotland. Two irregular structures, an enclosure and other possible structures, as well as numerous pits and several gullies and ditches were identified. Large quantities of medieval pottery were recovered from the fills of many of the features, as well as animal bone, coarse stone and metal artefacts. Further to the north, a sub-square ditched enclosure was also found, although this could not be stratigraphically related to the medieval remains and is undated. Adjacent to it was a pit containing incomplete remains of a human skeleton which have been dated to the Late Bronze Age.