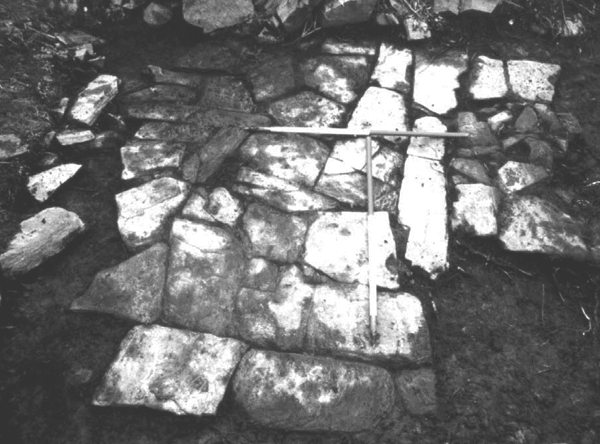 Angus McEachen's house: the anatomy of an early 19th-century crofting settlement near Arisaig

Summary: This report presents the results of an excavation and historical study of an early 19th-century settlement at Brunary Burn near Arisaig, Highlands (NGR: NM 6770 8578). CFA Archaeology Ltd carried out the excavation during October 2005 in advance of the realignment and upgrading works of the A830 between Fort William and Arisaig. Two rectangular drystone buildings were excavated, along with a yard area between them. Artefacts recovered included pottery, iron tools, cauldron fragments, slate roofing and clay pipe fragments. The project provided an opportunity to bring together social historical research with archaeological evidence for a somewhat archaeologically under-studied period, and also identified the former inhabitants of the settlement as Angus McEachen and his extended family. The buildings appear to have been occupied for perhaps a single generation before the family was evicted and moved to new accommodation within the area.