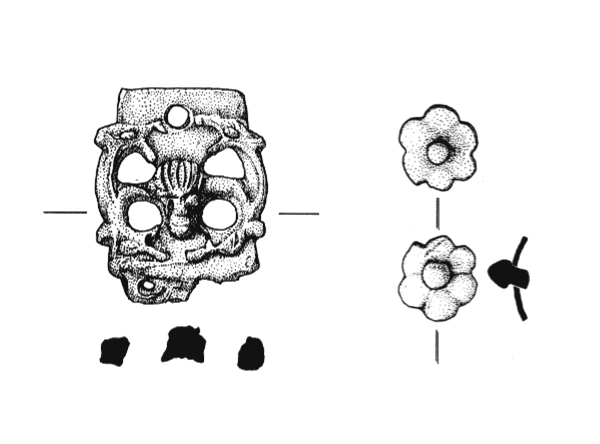 Summary: Monitoring and excavation during the development of a new business park in Dornoch (NGR: NH 797 895) in 1997 revealed numerous features including a building, ditched enclosures and several hearths, all sealed beneath an artefact-rich cultivation soil. Radiocarbon dates obtained place the main period of activity here in the late 1st millennium AD. The evidence recovered also suggests a tradition of ironworking here from the early medieval period continuing through into the medieval period. A small assemblage of finds was recovered from the excavation, including quantities of iron slag, bog iron ore, fragments from a clay-lined furnace, whale bone, a bone counter and a bone pin beater. This paper reports on the results of the work and includes an extended section on the analysis of the iron making and working evidence.