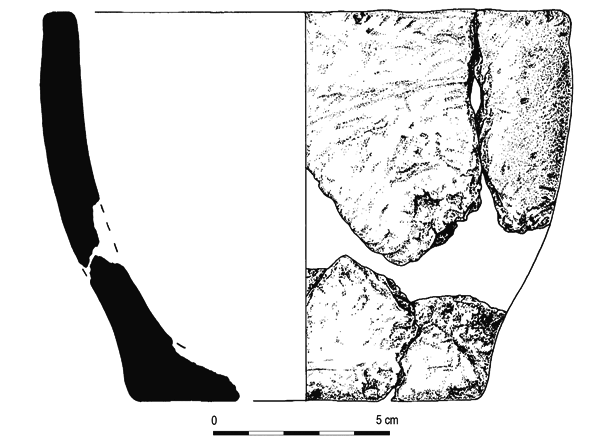 Summary: In 2002 human remains were reported eroding from a section of sandy cliff on the eastern side of the island of Pabay Mor, Isle of Lewis (NGR: NB 1048 3795). Subsequent excavation of the site was undertaken by GUARD, as part of the Historic Scotland Human Remains Call-off Contract. This revealed a burial of a mature male of approximately 50–59 years of age, placed in a grave adjacent to a marker stone. The burial was crouched and aligned north–south and accompanied by a small undecorated pot, a polished stone and a pumice polisher. A radiocarbon date of 1450–1290 cal BC (GU-13838) was obtained from human bone from the burial. A second, infant, individual, represented only by a fragment of mandible, was identified from disarticulated remains found at the burial.