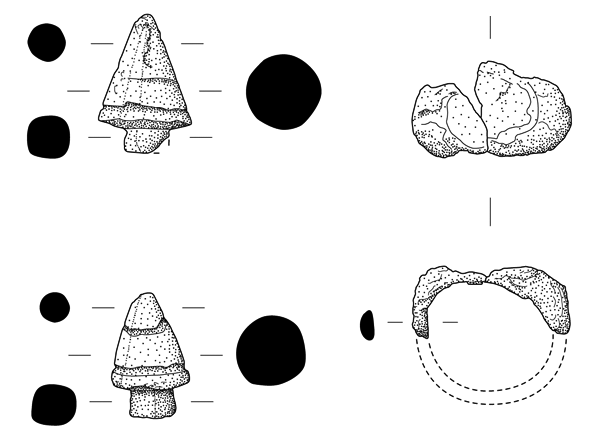 Summary: Excavation on the site of an extension to Cramond Kirk Hall (NGR: NT 1907 7685) has provided new evidence for the layout of the defences of the Roman fort, the route of the road immediately beyond it and for the phases of Roman military occupation at Cramond postulated by previous excavators. The features encountered included a broad right-angled ditch, possibly part of the outer defences, turning at this point to run parallel with the road into the fort. Three much slighter parallel ditches or gullies at the south end of the site are tentatively identified as drainage features beside the Roman road which, on this interpretation, would lie just beyond the limit of excavation. At a later date, the ditch had been allowed to silt up and features including pits and a stone box-drain were cut on a different alignment, through the fill of the earlier ditch; a well was also cut across two of the roadside ditches. These later features appear to represent encroachment of extramural settlement on the defences during the Severan occupation, at a time when a large defended annexe had been constructed to the east of the fort.