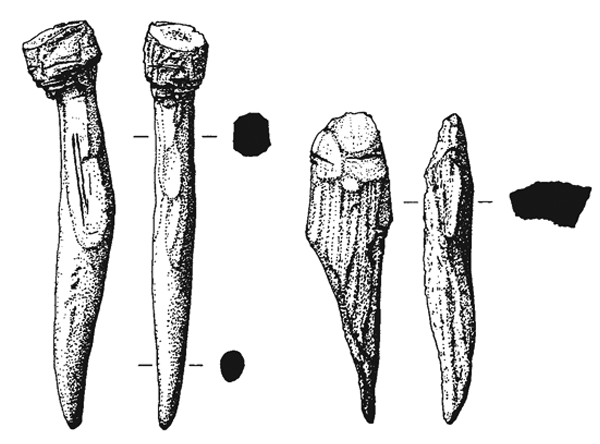 The excavation of four caves in the Geodha Smoo near Durness, Sutherland

Summary: In response to the threat posed by marine and river erosion, a series of deeply stratified midden deposits was excavated in caves leading off a narrow, rock-cut inlet known as the Geodha Smoo, near Durness, Sutherland. These included the famous Smoo Cave (NGR: NC 4136 6714), at the southern end of the inlet; two smaller caves cut into the western wall of the inlet (Glassknapper's Cave and Antler Cave); and a fourth cave (Wetweather Cave) in the eastern wall. The majority of excavated deposits from these caves appear to relate to Viking/Norse or post-Norse activity, with fish bones, marine shells and mammal and bird bones representing the processing and consumption of marine and terrestrial foods. Possible evidence for metalsmithing in the form of iron slag and boat nails could suggest that boats were repaired in the sheltered inlet. Four radiocarbon dates from Smoo Cave and Glassknapper's Cave provide evidence for use of these sites between the eighth and 11th centuries AD. Convincing evidence for pre-Norse activity, although unsupported by radiocarbon dates, was recovered from Glassknapper's Cave in the form of probable Iron Age pottery, while late Neolithic pottery came from floor deposits in the Wetweather Cave.