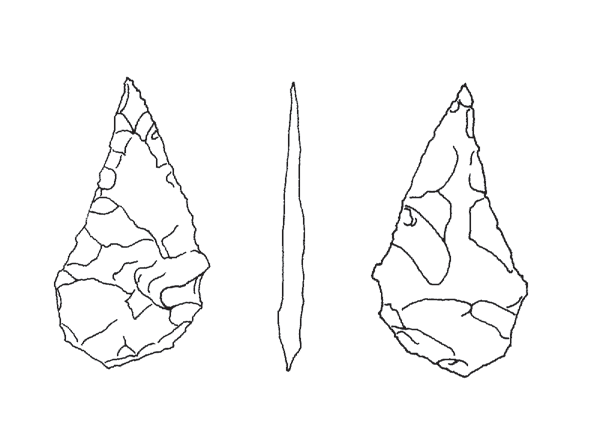 The excavation of a mound and three cist burials at Ferndall, Rendall, Orkney

Summary: As part of the Historic Scotland Human Remains Call Off Contract, Glasgow University Archaeological Research Division (GUARD) undertook an archaeological excavation of an artificial mound and associated cists containing human remains of mid-Bronze Age date, at Ferndale, Rendall, Orkney (NGR: HY 3836 2035). The excavation identified the presence of two cists containing cremation burials (cist 004 and cist 010), and a third that contained a poorly preserved inhumation (cist 003). Cists 004 and 010 would appear to be related to an artificially created mound, and parallel a number of similar 'barrow' sites from Orkney. Cist 004 contained an inhumation and was of differing construction. It would appear to relate to a different phase and tradition of cist burials. Analysis of skeletal material from cist 004 identified the remains of an older adult male, a female of between 18 and 30 years of age and an infant of 15 months. The adult male was found to have suffered from a bone infection of the femur and showed evidence of poor dental health. The female had suffered from iron deficiency anaemia. The preservation of skeletal material in cists 010 and 003 allowed only the identification of a single adult inhumation of unknown age and sex from each cist. The individuals from cists 004 and 010 had been cremated shortly after death, and analysis of associated soil residues suggests that their remains were subsequently picked from the pyre and washed. Radiocarbon dates from the cremated remains from cists 004 and 010 place the use of these two cists and construction of the associated mound in the first quarter of the second millennium BC. These dates are comparable to other dated cist burials in artificial mounds from Orkney, although it would appear to be one of the earlier sites in the currently available list of dates. Regrettably, a date could not be obtained from the poorly preserved inhumation from cist 003.