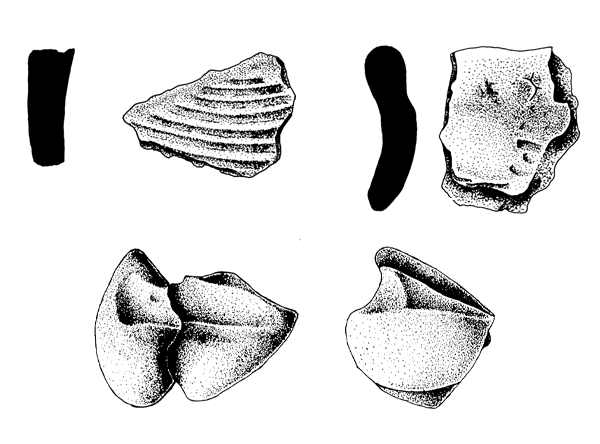 The Calanais Fields Project: excavation of a prehistoric sub-peat field system at Calanais, Isle of Lewis, 1999–2000

Summary: Excavations at Calanais, Isle of Lewis (NGR: NB 2125 3265) in 1999 and 2000, through the University of Edinburgh, revealed fragments of a prehistoric field system buried beneath blanket peat. Stone structures including buildings, walls, clearance cairns and heaps and cobbled surfaces were identified and excavated. Environmental analyses indicate that these features, associated with a buried soil, represent prehistoric farming activity, and radiocarbon determinations indicate that they are likely to be no later than Late Bronze Age or Early Iron Age in origin. This excavation is important as it is one of very few recent prehistoric excavations in the Hebrides on the blacklands instead of machair, in addition to showing evidence for an agricultural landscape in close proximity to a major ritual monument (Calanais Standing Stones).

This paper is dedicated to the memory of Stephen Owen (1979–2017), who brought so much joy to the excavations.