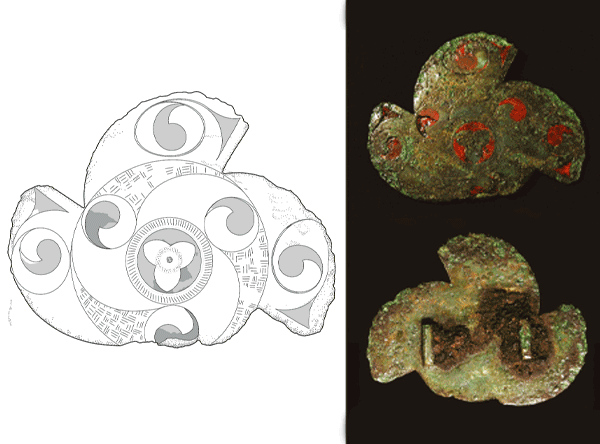 Summary: Three archaeological excavations were undertaken by Headland Archaeology (UK) Ltd within the grounds of Doune Primary School in Stirlingshire, each located on the site of Doune Roman fort (NGR: NN 7272 0130). These excavations revealed sections through triple-ditched defences, elements of the turf rampart and the perimeter road (via sagularis) on both the west and east sides of the fort. Within the interior of the fort the partial foundations of seven buildings were recovered, including barracks blocks, a corridored building that may represent a workshop (fabrica) and a stable-barracks to accommodate a cavalry squadron (turma). The everyday life of the fort was also revealed, with a series of ovens and an iron-smelting shaft furnace, a first for Roman Scotland. A range of pits were also identified, including some which are likely to be related to the demolition of the fort as it was decommissioned. Artefacts confirm that the fort was built and occupied during the Flavian occupation of Scotland between AD 80 and 86–7.