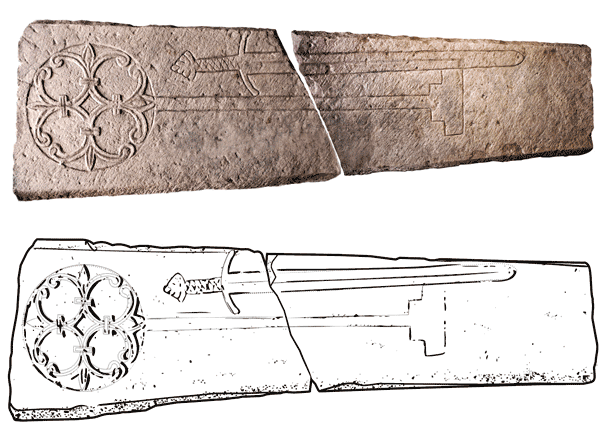 Summary: Redevelopment of the Old High School, Edinburgh (NGR: NT 2615 7347), provided an opportunity to investigate the speculated location of a Dominican friary, known to have been founded in the early 13th century. The site was also the known location of the 16th-century Royal High School, a predecessor of the present Old High School building constructed in 1777. The scope of the archaeological work included the excavation of a relatively small area to the front of the Old High School building. This area contained some of the most significant archaeological remains recently found in Edinburgh’s Old Town. These included an early medieval boundary ditch; the surviving remains of two walls, interpreted as being associated with the medieval Dominican friary church and 88 accompanying burials spread across three distinct areas. Six of these burials were radiocarbon dated, returning a range of dates between the 13th and 17th centuries, providing the first clear evidence of the existence of the friary in this location. The most significant of the burials was associated with a cross slab grave cover and located in an area interpreted as the claustral area of the friary. Both the cross slab and the associated burial were dated to the late 13th century. Further stone wall foundations relating to the 16th-century Royal High School building were also identified within the excavation area. Several further features ranging from medieval stone-lined drains to 19th-century walls and culverts were recorded during further groundworks across the remainder of the site.