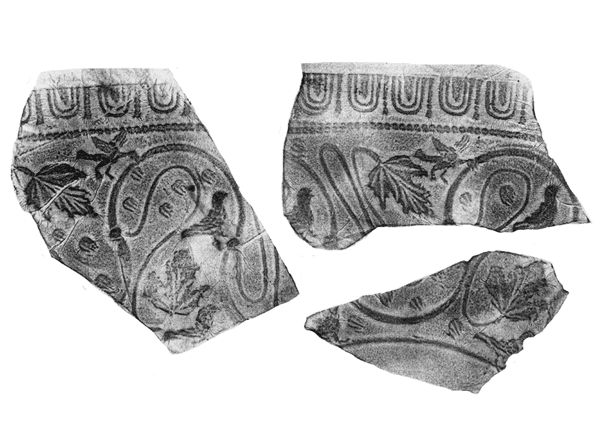 Summary: An excavation was undertaken by CFA Archaeology Ltd (CFA) between August and November 2010 on the site of the new Musselburgh Primary Health Care Centre. The site, which lies to the south of Inveresk Road, is centred on NGR: NT 3428 7224. Until its demolition, the area had been occupied by Brunton Wireworks. The Scheduled Monument of Inveresk Roman Fort lies at the top of the steep slope c 50m to the south of the excavation site. The excavation identified six phases of activity on the site, the earliest being a Mesolithic flint scatter. The area was used as a burial ground in the Iron Age and a ring ditch may also be of prehistoric date. Later, six Roman inhumation burials (four of which had been decapitated) and a horse burial were interred, and a possible Roman fortlet was constructed. Across the site, a network of interconnected ditches formed part of a Roman-period field system, which cut through the rampart of the possible fortlet, and through a number of the graves. Along the southern boundary of the site a large accumulation of Roman midden deposits overlay features associated with the field system, although it may have started to build up while the latter was still in use. A post-built structure was also found, one post of which cut a ditch of the field system. The midden deposits extended along the full length of the southern boundary of the site, measuring 110m long by up to 20m wide. Numerous artefacts were recovered, representing the rubbish and discarded personal belongings of the fort occupants. The pottery included samian bowls with personal names scratched on the bases. Evidence from these, together with isotopic analysis of the human skeletons, shows that the ethnic origin of those living in the fort was diverse, as would be expected for the Roman army.