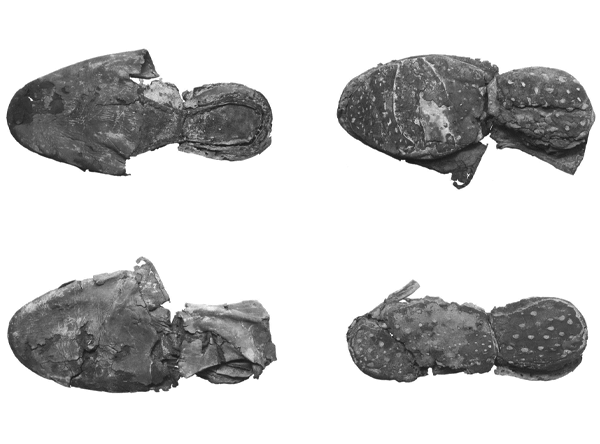 ‘Great fears of the sickness here in the City … God preserve us all …’ A plague burial ground in Leith, 1645: an archaeological excavation at St Mary’s (Leith) RC Primary School, Leith Links, Edinburgh

Summary: In 2016, Wardell Armstrong undertook an archaeological excavation at St Mary’s (Leith) RC Primary School, Edinburgh (NGR: NT 27750 75980). The archaeological excavation revealed four phases of activity; Phases 1 and 2 comprised coffined and uncoffined human burials. The lack of infectious pathognomic skeletal lesions, the dating of the finds, the dendrochronological analysis of the coffin wood and technological data, along with the known historic land-use of the area, all indicate that the burial ground relates to the 1645 outbreak of plague in Leith. Dendrochronological analysis revealed a terminus post quem felling date of c 1640 for the coffin wood, while analysis of the coffins’ manufacture revealed hasty construction methods. Phase 3 comprised a series of waste disposal pits of 19th-century date. Phase 4 comprised levelling deposits, which were likely associated with the construction of the school and the demolition of the 19th-century smallpox hospital located to the north of the site. A total of 81 individuals were interred at the site. Adults represent 68.3% while non‐adults represent 31.7%. All age groups were present except neonates. Artefacts including keys, coins, sewing kits and combs were recovered. That the bodies were interred seemingly fully clothed and the corpses not rifled prior to burial strongly indicates a fear of the diseased corpse. The presence of everyday items on the bodies may also indicate a more sudden death outside the sick bed, possibly indicating the occurrence of septicaemic plague. Frequent occupation and attrition-related skeletal and dental pathologies indicate lives characterised by poverty and toil. Strontium analysis revealed that almost all individuals were local to Leith; several individuals had rosary or paternoster beads, indicating a likely Catholic affiliation, which would have been risky given that the pro-Presbyterian Covenant was signed in Leith in 1638. In contrast to older children, the younger children were interred in coffins, indicating differing views on the treatment of the body.