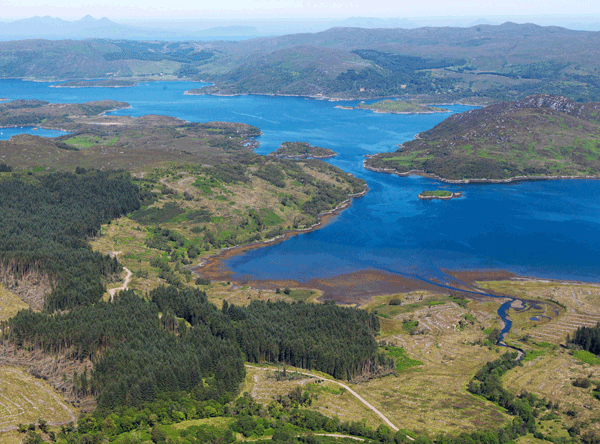 Summary: At North Barr River, Morvern (NGR: NM 61430 57082), inspection of forestry planting mounds on a raised beach terrace identified a chipped stone assemblage associated with upcast deposits containing charcoal. An archaeological evaluation of the site, funded by Forestry Commission Scotland, sought to better understand the extent and character of this Mesolithic and later prehistoric lithic scatter. The lithic assemblage is predominantly debitage with some microliths and scrapers. The range of raw materials including flint, Rùm bloodstone and baked mudstone highlights wider regional networks. Other elements, including a barbed and tanged arrowhead, belong to later depositional episodes. Two mid-2nd millennium BC radiocarbon dates were obtained from soil associated with some lithics recovered from a mixed soil beneath colluvial deposits. The chronology of a putative stone bank or revetment is uncertain but the arrangement of stone may also date to the 2nd millennium BC.