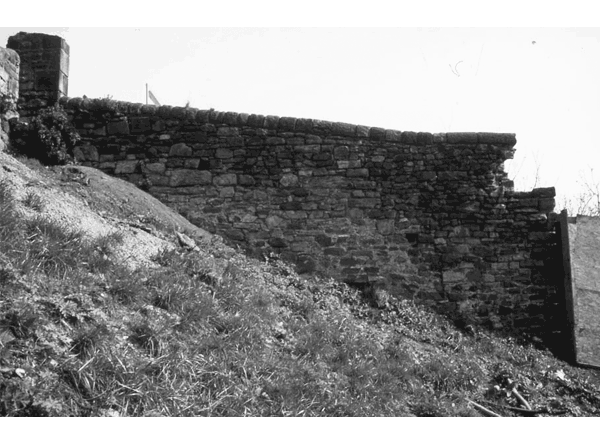 Conservation and change on Edinburgh's defences: archaeological investigation and building recording of the Flodden Wall, Grassmarket 1998–2001

Summary: This report presents the results of a historic building survey and archaeological watching brief undertaken between 1998 and 2001 during restoration work, as part of the Scottish Dance Base development, on the Flodden Wall running between Edinburgh's Grassmarket and Johnston Terrace (NGR: NT 252 733). The Flodden Wall is the name given to the 16th-century extension of the capital's town defences, traditionally seen as having been constructed in the months following the defeat at Flodden in 1513. Prior to this project the extent and condition of this particular stretch of the Flodden Wall (the north-western boundary of the Grassmarket and a Scheduled Ancient Monument) was not fully understood. This project has shown that here the Flodden Wall and surrounding area had undergone three major phases of construction and redevelopment, from its origins in the early 16th century to the formation of a drying green (Granny's Green) to the west of the Wall in the late 19th century. In particular the results have demonstrated that the surviving southern section of the Wall here was largely rebuilt during the third quarter of the 18th century, when a complex of buildings was constructed along Kings Stables Road abutting the Wall's western face.