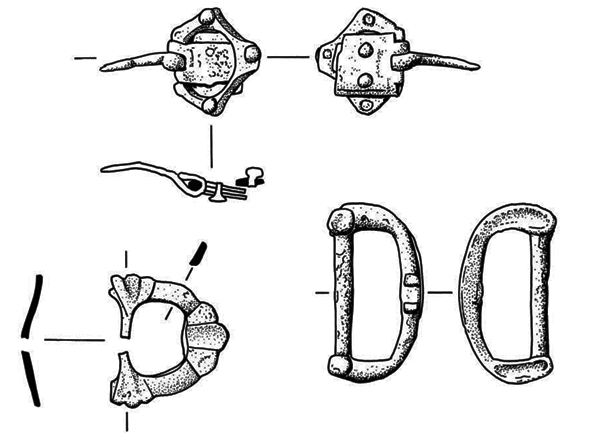 Excavations and interventions in and around Cramond Roman Fort and annexe, 1976 to 1990

Summary: Cramond Roman Fort (NGR: NT 19032 76903) has been the focus of archaeological interest since the publication of John Wood’s history of the parish in the late 18th century, with a floruit of activity in the latter half of the 20th century. Playing an important part in this volume of work have been the excavations led by the late Mr Charlie Hoy (died 1991), an Edinburgh amateur archaeologist working principally with the Edinburgh Archaeological Field Society and latterly on his own. His excavations have recovered a wide range of evidence from the Mesolithic through the Roman and medieval periods up to the post-medieval development of Cramond House Estate. Hoy’s investigations have been hugely important to our understanding of the Roman fort’s associated annexe/extramural settlement, in particular providing new evidence for its origins in the Antonine period, and for Severan occupation, as well as uncovering a multi-phased road and associated wooden structures. In addition, the artefact assemblage further adds to the corpus from the site and includes an internationally significant sword pendant belonging to a beneficiarius (beneficiarii were troops on special service for the provincial governor) that demonstrates the presence of German troops at the fort, and perhaps hints at the presence of the emperor himself.