a Mesolithic site at the Point of Sleat, Skye

The archaeological site of Camas Daraich on the peninsula of the Point of Sleat, in south-west Skye (NGR: NG 567 000) was revealed in November 1999 when stone tools were discovered in the upcast from a newly bulldozed track. Excavation took place in May 2000, directed by the authors and under the auspices of Historic Scotland, the Centre for Field Archaeology and the Department of Archaeology, University of Edinburgh. The excavations were small-scale and brief, but they demonstrated the survival of stratified features, including scoops and a possible hearth, as well as an assemblage of nearly 5000 flaked lithics, comprising both tools and debris. There was no organic preservation, with the exception of burnt hazelnut shell. The composition of the lithic assemblage suggested that the excavated site was Mesolithic and this was confirmed by the radiocarbon determinations, which place it securely in the mid-7th millennium BC. Surface material suggested that there was evidence for more recent prehistoric stone-tool-using activity in the vicinity. 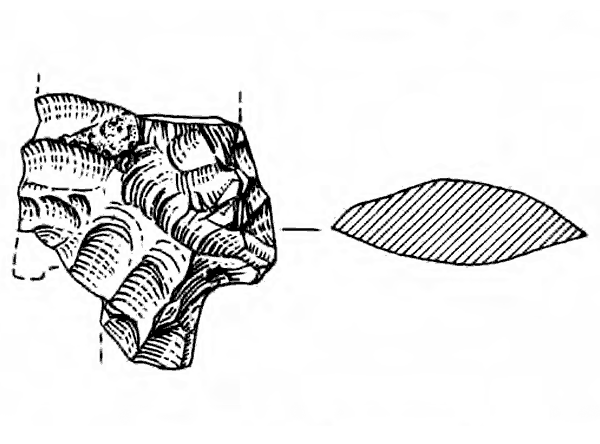