Excavations in 2009 and 2010 on Cnip Headland, Isle of Lewis (NGR: NB 0998 3656) investigated three different burials in shallow pits and on a kerbed mound, containing the inhumed remains of at least nine individuals in both articulated and disarticulated states. Bone histology analysis indicates that the bodies of all but one (a stillborn infant) were allowed to decay and become partly or wholly skeletonised before being buried at this spot. Worn jet beads, a copper-alloy awl and pieces of boar tusk and marine ivory accompanied some of the remains. The burials lay around a cairn, which previous excavations have shown was built in the 3rd millennium BC and then rebuilt twice, with both cremated and unburnt human remains incorporated in it. Another inhumation burial in a stone-lined pit close to the cairn was excavated in the 1990s. Bayesian analysis indicates that the cairn’s first reconstruction and the placing of human remains around it took place over a period of up to 150 years between 1770 and 1620 BC. The headland’s long use for rites involving human remains illuminates relationships between living communities and their lineages in Early Bronze Age north-west Scotland. 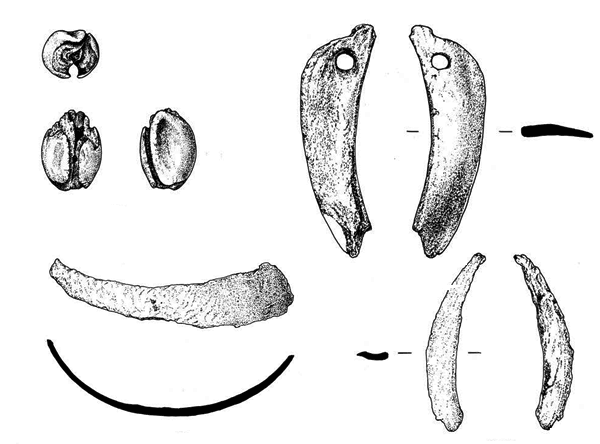