This report details the discovery of a late medieval building and the remains of extensive walls running along the north side of Cowgate (NGR: NT 25851 73489), excavated in advance of a housing development. The wall remains were dated to the late 14th century and are believed to have been part of Edinburgh’s early town defences. Edinburgh’s medieval town wall is referred to as the ‘King’s wall’ and is linked to a James II charter of 1450. However, there are references to the King’s wall in property documents as early as 1427, indicating that a town wall had been built prior to the charter of 1450. The remains uncovered at Cowgate are likely to be part of this early town wall. It was replaced by more substantial mortared buildings at the beginning of the 17th century. 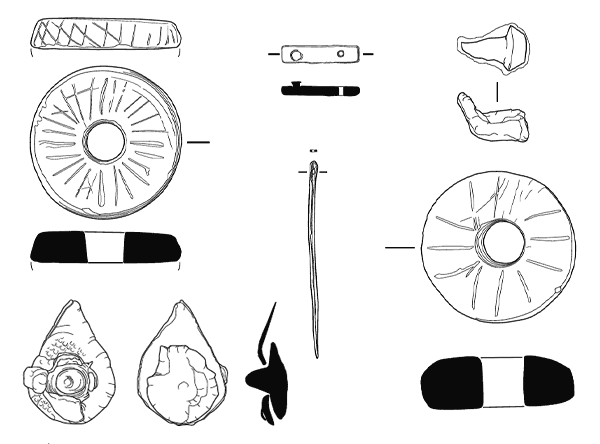