Excavation in advance of development of the European Marine Science Park at Dunstaffnage in Argyll (NGR: NM 87878 34063) revealed multi-phased activity from the Neolithic into the Early Historic period. An irregular row of firepits, interpreted as funerary pyres, was orientated east–west and incorporated an infant inhumation and a cobble path. Dating of charcoal revealed that the fire-pits were probably in use for a number of generations during the Late Iron Age. The fire-pits were located on the edge of wet ground and it is postulated that these were deliberately located on what may have been perceived as a liminal boundary to aid passage into the afterlife. Activity shifted to the drier ground in the Early Historic period, late 7th to 9th century, in the form of an extended farmstead within which barley and oats were being dried in a kiln. Evidence for possible barns and/or houses survives in the form of a post-hole structure, a post-built wattle and daub structure, at least one basket pit boiler and a number of cobble hearths. One pit contained ten metal artefacts thought to be derived from agricultural implements or a dismantled structure. The duration of use of the farmstead appears to have been relatively short and it may have been seasonally occupied. 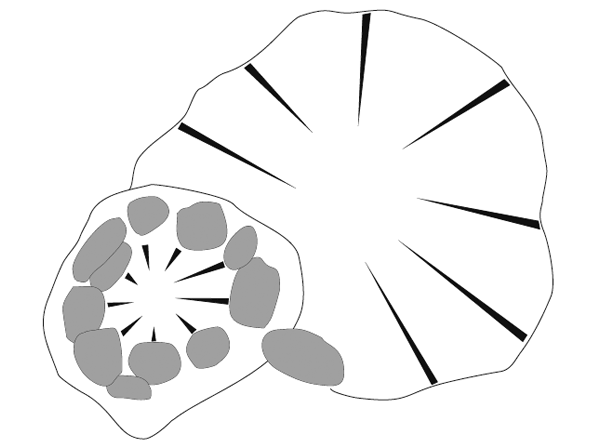