A Roman road runs through it

Excavations in advance of a phased commercial development at Newbridge, Edinburgh (NGR: NT 121 733) have revealed a palimpsest of activity spanning the Middle Bronze Age to the medieval period. There was a scatter of domestic settlement in the Middle Bronze Age and pre-Roman Iron Age, together with small ring-groove features which may be the remnants of a barrow cemetery forming part of a later prehistoric ritual landscape centred on Huly Hill. Perhaps the most significant discovery of these excavations is the identification of a section of Roman road which probably represents the westward extension of Dere Street linking Inveresk and Carriden. Its discovery provides solid evidence for the routeway that the milestone at Ingliston and the temporary camps at Gogar have always intimated. Finally, the area was farmed in the medieval period, the associated settlement probably lying to the north of the excavated area. The dating evidence suggests two distinct phases of activity, in the 11th to 12th centuries and in the 13th to 14th centuries, a pattern reflected in other medieval settlement in the Lothians. 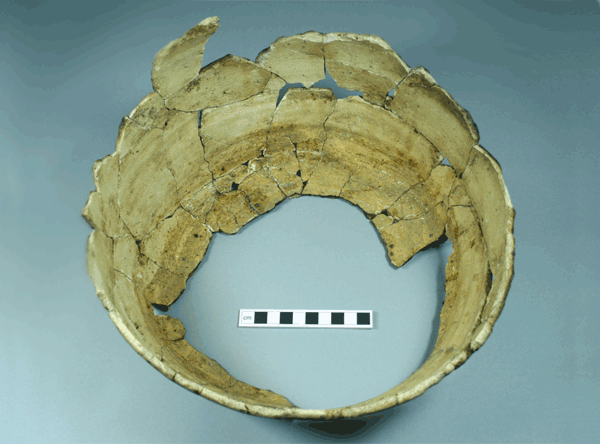