An evaluation and subsequent targeted excavations were carried out along the route of the proposed A68 Dalkeith Northern Bypass by the Centre for Field Archaeology (CFA) between September 1994 and March 1995, with additional watching briefs taking place in 1997. The bypass was not constructed at the time, and further pre-construction mitigation work was recommended in 2005, with fieldwork being carried out in 2006–08. This report describes the results of the evaluations and each excavation individually. The route traverses a narrow strip of the Lothian plain which contained several prehistoric sites, including two ring-groove structures, a stone-paved area and two pit alignments, a Roman temporary camp, a post-medieval building, an 18th-century designed landscape, and two industrial sites (a brick and tile works and a coal pit engine house). Several sites also produced ephemeral remains of earlier or later date. Overall, the results indicated a settlement pattern and land use which concentrated on the sands and gravels of the river terraces, with far less settlement on the unforgiving compacted clays which otherwise characterise large parts of the road corridor. 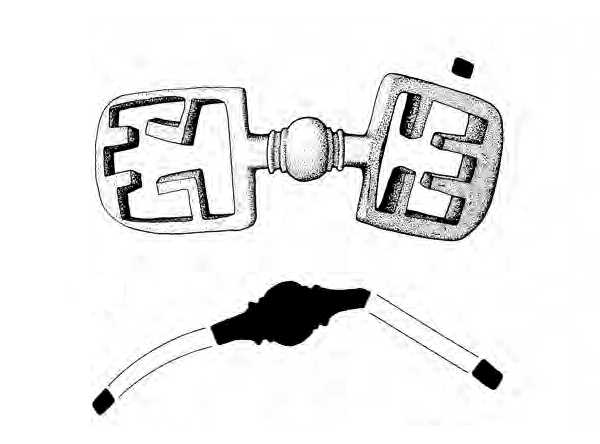